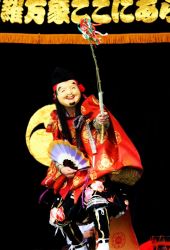 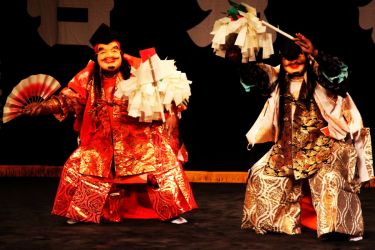 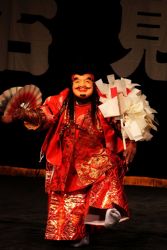 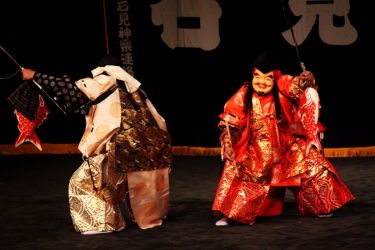 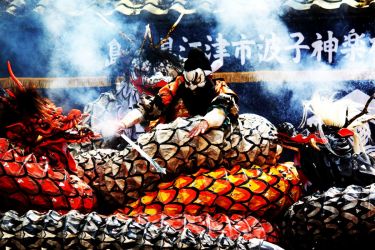 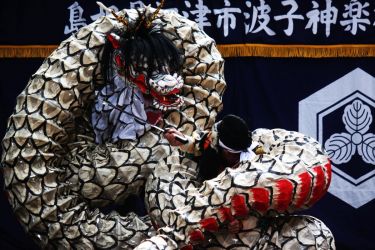 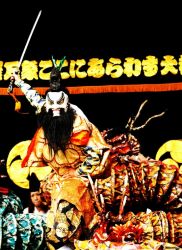 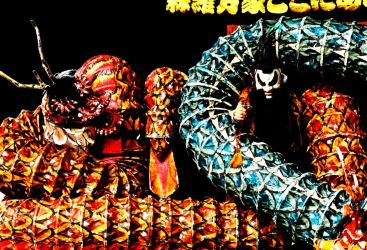 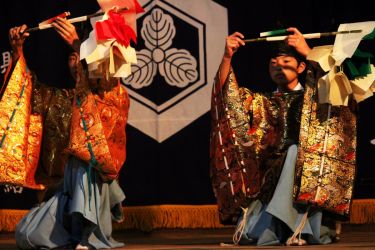 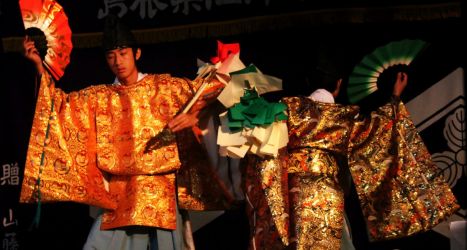 Among Japanese traditional performing arts like Kabuki and Noh, Kagura is the oldest and its origin goes back to the ancient Japanese mythology and religion. In the old times, shinto priests who took care of the shrines were the only people allowed to perform kagura.

Since antiquity, Kagura has been performed as a ceremony in which people ask for a good harvest and abundant catches of fish and also wish away illness. Even now in farming villages, when the autumn rice harvest is completed, it is still performed on special stages in shrines to show appreciation for the harvest. People gather and watch Kagura all through the night and on special occasions which lasts for three days.

Due to some regional differences, in the eastern Shimane, in Iwami region, it is called “Iwami Kagura”. The series of performances usually starts with a ritualistic dance to welcome the deities, and then more profane performances follows. Performers dressed up in gorgeous costumes dance to the rhythmical sounds made by traditional Japanese instruments.

There are varieties of programs, and performers play deities, demons, and sometimes humans who appear in ancient Japanese mythology. “Oroch” is the most popular. It is about a heroic deity Susano-o slaying an evil serpent called Yamata-no-oroch and save Princes Inada. The serpent had eight heads and eight tails and its body was long enough to cover eight peaks and valleys.

The fast-tempo eight-beat rhythm is characteristic of Iwami Kagura. The music is played with a big drum (odaiko), a small drum (kodaiko), a bamboo flute (yokobue), and hand cymbals (chochigane), and the music progresses along with the rhythm of the big drum. There is no music score, and the big drum beats out the rhythm in unison with the dancers.

While wooden masks are mostly used in kagura in other regions, the Iwami Kagura masks are made of many layers of Sekishu Japanese washi paper. These durable and light masks allow the Iwami Kagura to be dynamic. For the masks of deities and ogres, the bigger the mask, the stronger the character it signifies. The elaborate costume is embroidered with great amount of gold and silver threads. Even ogres and bandits wear splendid costumes and mesmerize the audience.