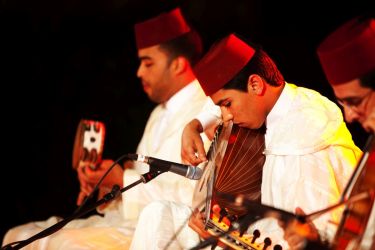 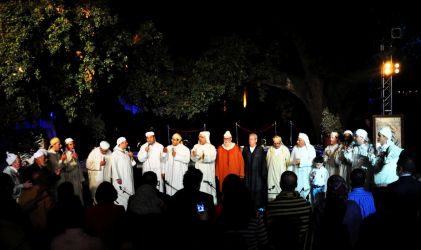 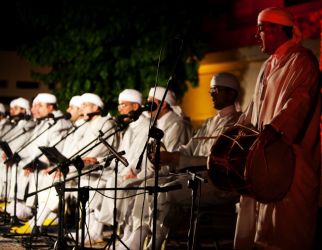 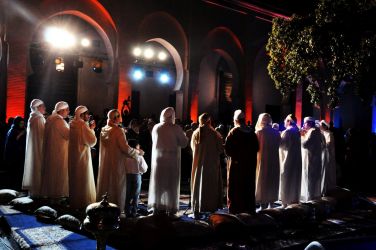 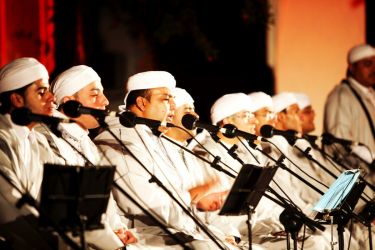 "Samaâ" is a word that in Arabic which means “respectful listening” and Samaâ is a ritual which takes place in the Zawiya (literally "Corner") of a Sufi house or meeting place, which could be attached to a Mosque, used by members of a spiritual brotherhood who gather to sing poetic texts that exalt the feelings and deepen the opennnes towards divine.

The Samaâ Sufi ceremony is inspired by the poetry of the great scholars: Omar Bnou Al Fared, Abou Lhassan Chouchetari, Mohieddine Ibn Arabi, Ali Al Wafa, Achadili, Mohamed Harrak. All these revolve around the love of God and The Prophet Mohammed, his beauty and his high degree.

After reciting some verses from the Holy Koran, the Moroccan samaâ sequence continues with a section accompanied by musical instruments, which refers to the expression of divine love. Then comes another Samaâ sequence called "Houlal" without any instruments and only with melodic vocalising. This part and Dhikr is in an extraordinary demonstration of the power of the human voice. Another part exemplifying the tradition of the Tariqa ("Way") Chadilia accompanied by Moroccan Sufi dance called "Al Imara" is when the whole attendants stands up and creates a kind of circle and stars dancing and doing Dhikr with high voices. At this moment the spiritual intensity reaches its highest level all participants become an integral part of the magic and share the baraka (the blessing) transmitted by the Dhikr .

Thami Al-Harrak is disciple of Ouazzaniyya Brotherhood, founded over four hundred years ago by the Cheikh Moulay Abdellah Cherif (Shadiliya way) in Ouazzane, a city located in the northwest of Morocco. So he grew up in that environment and received his education in this Zaouïa considered the richest and most complete education it provides .

He decided to found a musical troupe, dedicated to the sacred music, Sufi poetry and invocatory songs. named "Ensemble Thami al-Harraq ", composed of beautiful voices and great musicians, all engaged in a living tradition that becomes a public performance and part of cultural festivals.