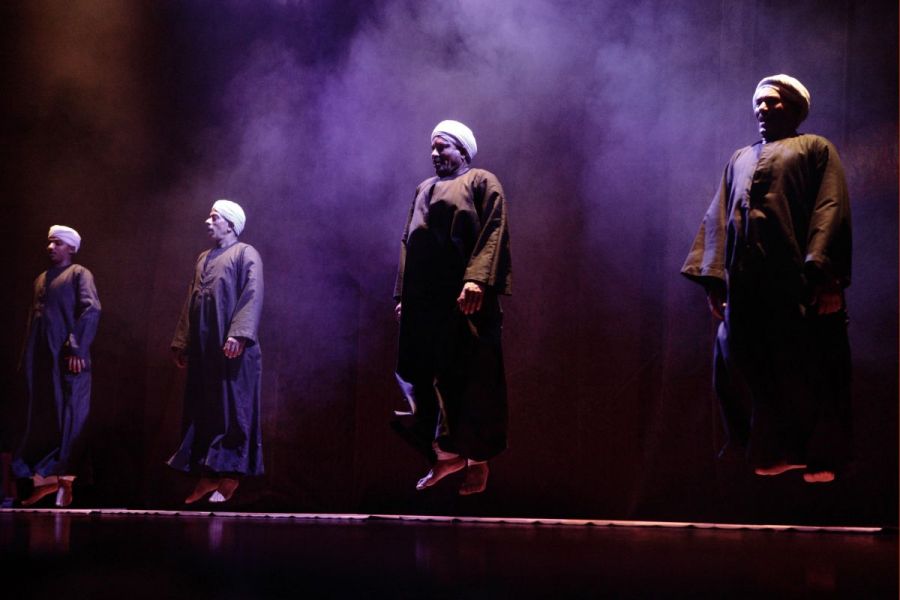 Sufi Nile - Chants of the Munsheed and Zikir

This show, takes us into the universe of dhikir and hadra (Sufi ceremonies) a universe which is unique in the Arab world thanks to the wealth of popular traditions in Upper Egypt.

A crude stage has been set up in a village square. A few wooden benches bracketed together, strings of bare bulbs for lighting….the Munshidin’s voice dominates, modulating unceasingly, accentuating emotion rather than intellectual formalism. His overriding aim is to communicate his feelings, he is striving for ecstasy. Opposite him, like warriors from an ancient tribe, turbaned men sway backwards and forwards and from side to side, it is the beginning of an intensified whirling of arms and shoulders. From uneven and gasping, their breathing goes out of synch to become exultant and expiatory.

In the first part, Sheikh Hamed Ahmad, accompanied by four musicians on the oud, qawal, tabla and riqq, will sing the sufi songs in the tradition of popular Egyptian Sufi singers/munsheeds such as Sheikh Ahmad Al Tuni or Barrayn Sheikh.